The time had come. Time to use the Macrosoft programming language for my MindCraft Assembler. Time to realise I’d forgotten more about ProDOS than I’d thought! 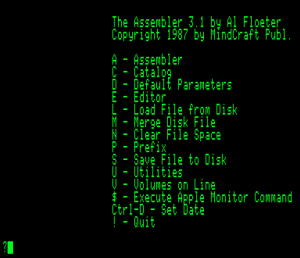 Tried booting the Macrosoft disk image on my Virtual][ emulator, only to find that it is not a bootable disk. What’s going on here? Tried the Assembler disk, and that booted up fine. Surely I couldn’t have been supplied a faulty disk image. Surely not? Desperate times call for desperate means . Yes, time to read the manual. (Technical types are permitted to cringe)

Arghhhhh!  You have to make a customised Assembler/Macrosoft disk by copying the macro files across to the Assembler disk. The mind goes blank, how do you copy files from one disk to another in ProDOS? Surely I used to do that, but how? That’s right! I’ll need a “utility disk”, so I jump on my server looking for the ProDOS disk images.

Shift the new combined image to Drive-1, reboot, and hello Macrosoft, but it looks just like the Assembler Menu, but that’s because it is, but now the new libraries are available. So rather than show you me typing in the sample program, here is one I prepared earlier /PRODOS402/BOX. 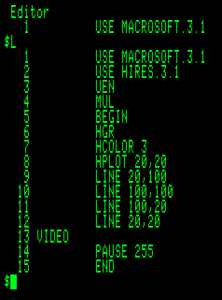 Listing the BOX program, shows the very simple layout for the MindCraft Assembler editor. The program starts with the USE command to load the MACROSOFT and H 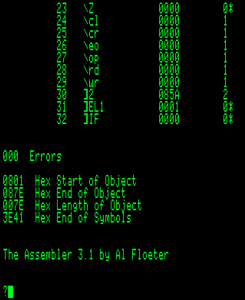 IRES libraries, some setup commands, then the MacroSoft commands, which themselves are similar to Applesoft commands. The line numbers to the left have nothing to do with the program, and are purely for referencing the text lines for the editor commands. Line #13 is a label, which can either just label a section of code, or be a target for another command.

The next step is to assemble the program by going back to the main menu and selecting option “A – Assembler”, which will parse the code and finish with the summary listing the number of errors, start, end, and length of the object in hex.

The assembled program will be saved to the same location as the source, in this case the ProDOS prefix /PRODOS402/BOX 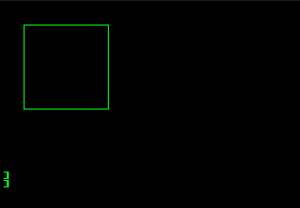 OK, so it’s not the most exciting program, and I copied it from the introductory chapters of the user guide, but at least I’ve got my disks setup, PDF user guides are on my iPad, and I’m ready and raring to go.

Still no idea on what me first project is going to be, but I’m open to suggestions.